During the last weekend of March 2017, the ISI Florence Architecture 416 Studio class had the unique opportunity to travel to Berlin, Germany. Over the course of four days, students were given an informative insight into the rich history of the city’s architecture. The ARCH 416 course is comprised of junior, senior, and graduate students from Roger Williams University and University of Maryland, and it is led by Professor Carlo Achilli. 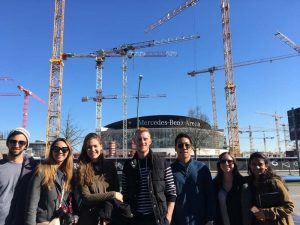 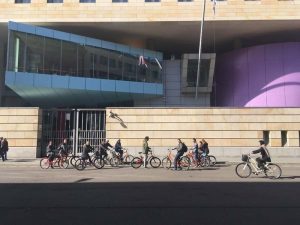 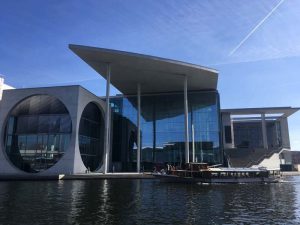 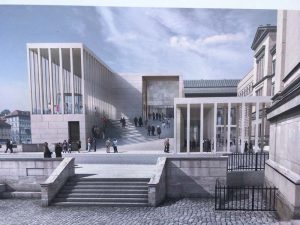 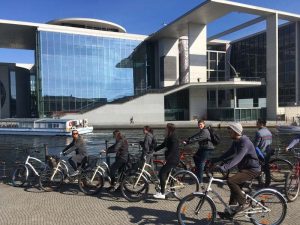 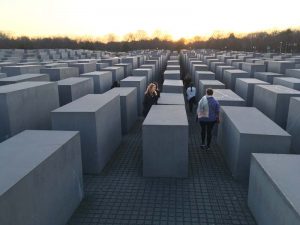 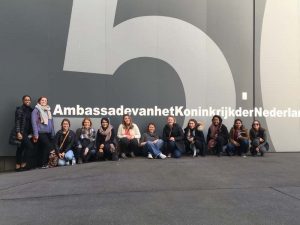 After arriving in Berlin, the studio class visited the Jewish Museum, designed by architect Daniel Libeskind. The museum is a great example of the joining of Baroque with contemporary architecture, and it demonstrated the importance of portraying a meaningful concept in both plan and elevation. Students were further exposed to evocative architecture when visiting the Holocaust Memorial, designed by Peter Eisenman. The class was encouraged to explore the monument individually to understand how such simple forms could so powerfully communicate.

On the second day of the trip, students first visited the Topography of Terror Museum. This museum gave students the opportunity to learn more about the history of Germany during World War II, and it also served as an example of a building that successfully integrates a double skin façade and other sustainable design features. Next, Professor Achilli led the studio group to Potsdamer Platz and the Renzo Piano masterplan for downtown Berlin. Potsdamer Platz is an important public square in the center of Berlin, and it has served as a site of major redevelopment, both culturally and architecturally. The class then travelled to the Philharmonie Berlin and the Neue Nationalgalerie. Finally, the class toured the newly renovated Neues Musuem. The renovation, designed by David Chipperfield Architects, is an excellent example of a project that focused on restoring and renovating the original structure with respect to the history of the building. 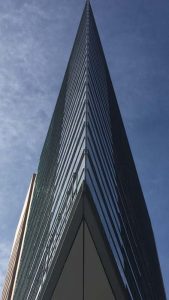 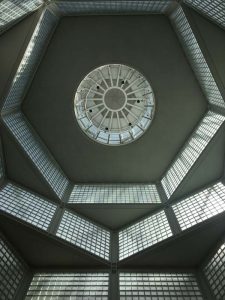 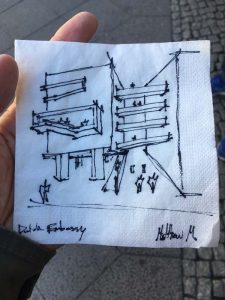 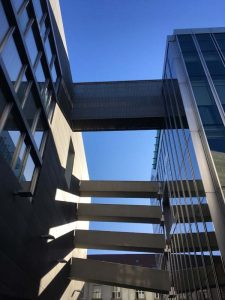 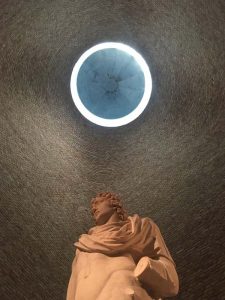 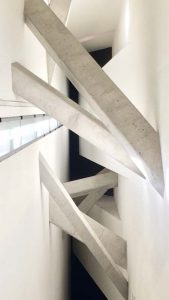 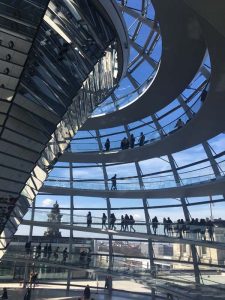 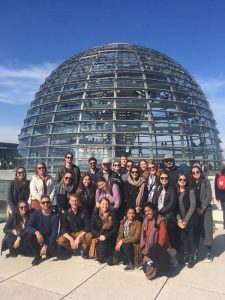 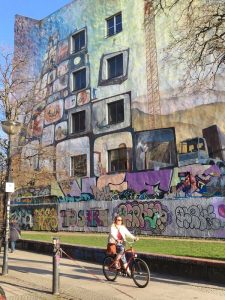 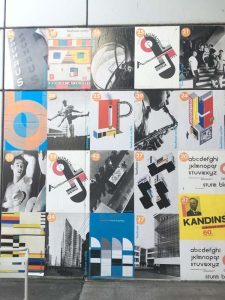 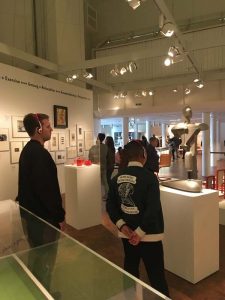 The third site visit day gave students an exciting opportunity to travel around downtown Berlin on bicycles, allowing the group to stop at many of the attractions and to experience the popular mode of transportation favored by Germans. One of the most notable stops brought the architecture students to the Parliament Quarter and the Reichstag Glass Dome, designed by Norman Foster. The Glass Dome provided an incredible view over Berlin. The students then continued biking through the Großer Tiergarten, and they finally stopped at the Bauhaus-Archiv, designed by Walter Gropius. The Bauhaus-Archiv contained several informative exhibitions, which included the Bauhaus school’s history and influence on architecture and design.
The fourth and final day started with a visit to the Netherlands Embassy, designed by Rem Koolhaas, where the students were given a quick tour of the building. The design of the building demonstrated Koolhaas’ ability to maintain the four corners of the traditional German city block, while creating separate spaces for work and living. Finally, the students were allowed to have free time to explore the city before departing. During this time, many students chose to visit the remnants of the Berlin Wall, located in the East side of the city.

Overall, the Berlin field trip provided the architecture students with an invaluable opportunity. Not only did students learn about the various types of architecture within the city, but they also learned about how the history of Berlin and Germany influenced the architectural redevelopment over the past 20 years.