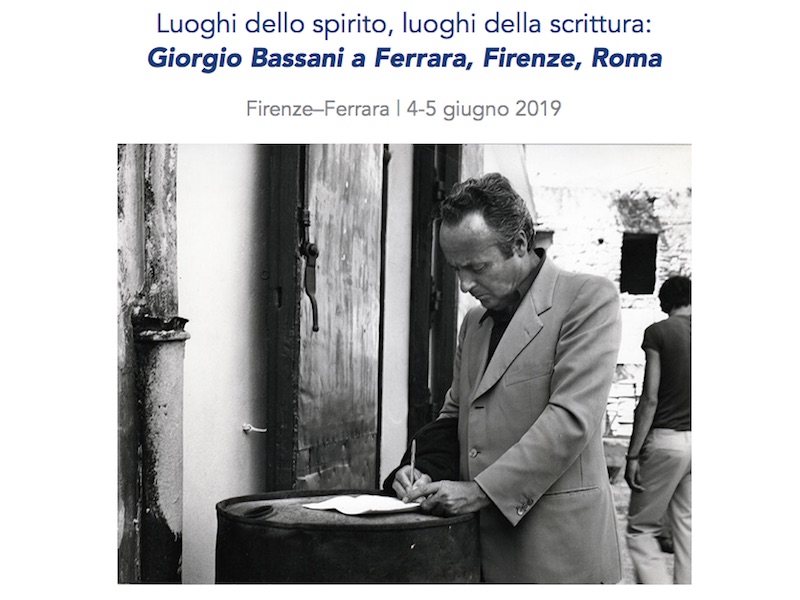 In June 2019, ISI Florence and the Centro Studi Bassaniani hosted a two-day conference on the life and career of Giorgio Bassani (1916-2000), an outstanding personality in the cultural panorama of twentieth-century Italy.

The conference brought international scholars to ISI Florence on the first day, and then to the Biblioteca Ariostea in Ferrara, Bassani’s home city, on the second day. 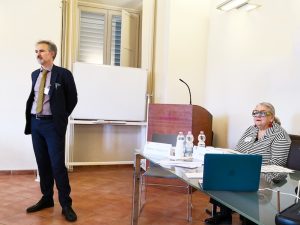 The visual biography of Bassani “Vivere è Scrivere”, co-edited by professors Portia Prebys and Gianni Venturi, leading figures in Bassani studies, was recently published (February, 2019) and was also presented on this occasion.

Talks developed around a variety of topics: his famous novel “The Garden of the Finzi-Continis” film adaptation and its connection to the Italian Renaissance myth and literature; an important discourse on him as a writer and observer, and his contribution to twentieth-century culture; and last but not the least, the grounding in his hometown of Ferrara, a place always present in his thoughts wherever he worked and lived. 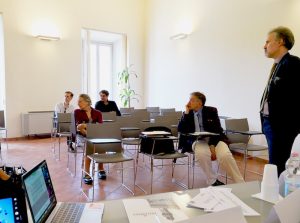 Professor Prebys hosted the group on the second day at the Centro Studi Bassaniani, a magnificent ancestral home located in the heart of the small city of Ferrara and filled with a comprehensive archive housing thousands of books and periodicals in numerous languages. Serving as a study center for all scholars working on Bassani, the Centro is filled with furnishings, art, and memorable objects taken from his early days and the home he shared with Professor Prebys in Rome.

By special arrangement, following the last of the presentations on June 5, the group was also given a private tour of the nearby MEIS: Museo Nazionale dell’Ebraismo Italiano e della Shoah (Museum of Italian Judaism and the Shoah).  The director, journalist and scholar, Prof. Simonetta Della Seta, met the group of Bassani scholars and led them through the collection that highlights the vital role Italian Jews played in the development and achievements of the Renaissance.

The tour capped two intense days of commitment to Bassani’s standing among the giants of Italian culture of the last century. Prof. Portia Prebys and ISI Florence director, Prof. Stefano Baldassarri, plan to publish the conference proceedings by 2020.