The first section of the temporary exhibition “Marcello Guasti, Giovanni Michelucci and the Monument to the Three Carabinieri” opened on the 75th Anniversary of the Liberation of Florence at the end of World War II. It will be on display from February 17 to September 30, 2019 in the annex of the Archaeological Museum of Fiesole, the small yet historically important village overlooking Florence. Revolving around the imposing bronze monument by Marcello Guasti, located in the enlargement of the pre-existing War Memorial Park (designed by Giovanni Michelucci and, like Guasti’s artwork, completed in 1964) this section, entitled  “The Genesis of the Monument”, casts light on the role of art, architecture, and landscape in commemorating and keeping relevant the values embodied in the heroic gesture of the three 20-year-old Carabinieri stationed in Fiesole who (in the summer of 1944) collaborated with the partisans to liberate Italy. Eventually arrested, tortured and killed by the occupying Nazi troops, they saved the lives of 10 local civilian hostages and of their fellow partisans, whose names they refused to reveal. Architect Silvia Catitti (ISI Florence professor of Architectural History) designed the installation of this exhibition in 5 sub-sections, which were conceived by the Florence-based art historian Jonathan Nelson. She is also responsible for the insights into the hitherto unknown landscaping project by Michelucci. 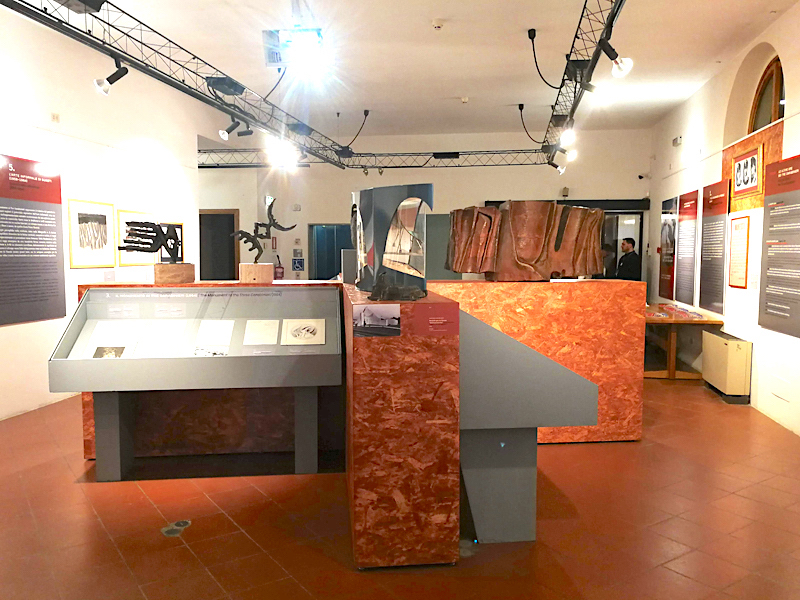 This free-of-charge exhibition, open on Saturdays and Sundays from 10 am to 6 pm, provides both info panels and captions in English. It is associated with a photo contest inspired by the Park and Monument (deadline April 1, 2019, visit the dedicated website here ). The second section of the exhibition, opening on May 11, 2019 and entitled “The Dialogue of Marcello Guasti and his Contemporaries with Ancient Art (1945-65)”, will be held in the Fiesole Archaeological Museum rooms.