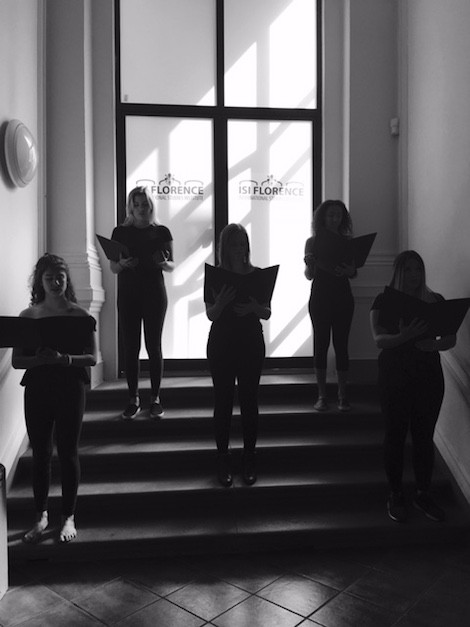 The Italian Theater: History, Theory and Practice class taught at ISI Florence by Professor Emanuela Agostini, Ph.D., and professional actors Roberto Caccavo and Carolina Pezzini, included a final performance. A group of female students tested their acting skills in an itinerant performance throughout Palazzo Bargagli’s corridors and rooms. The theme was Franca Rame’s dramaturgy, chosen to reflect on women’s rights and the problems they face in modern society.

Three monologues, three different themes: the everyday struggle of a mother-wife-worker, the tragic dimension of the myth of Medea, and the nonsense brutality experienced by a rape survivor. Women who are overwhelmed by their daily duties, at home and at work, middle-aged wives abandoned for «younger flesh», women who live in fear of rape, “wise” women who accept men’s superiority without questioning it. These stories were narrated by our young women who, as students, accepted the challenge to step out of their “comfort zone” and delve into an engaging and transformative experience, facing different aspects of staging a play (acting, costumes, casting, etc.). 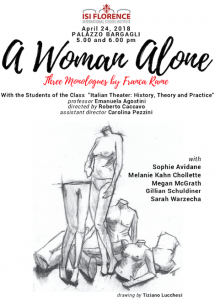 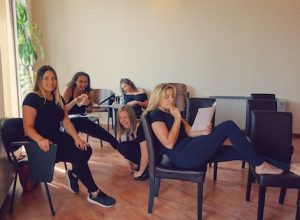 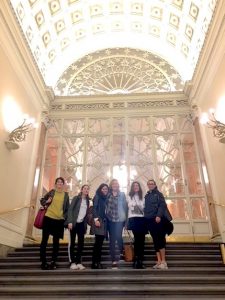 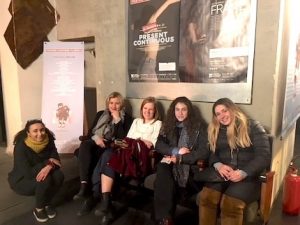 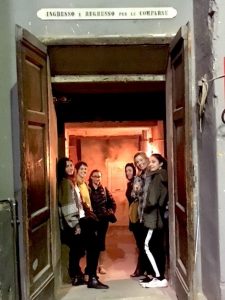 The performance was the result of a constructive and creative reflection on problems that women have to deal within the family, at work, and in society at large. Despite the time that has passed since Franca Rame published these works, her demand for greater respect for women everywhere «at home, in the street, in the family, and in bed» still sounds provocative.