Home > A new ‘piazza’ for Bergamo 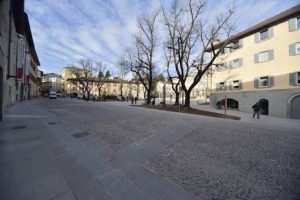 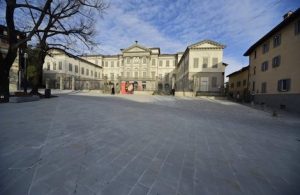 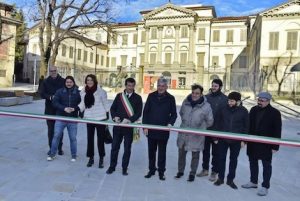 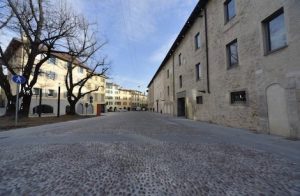 In December 2017, after six months of construction works, Bergamo’s Piazza Carrara was re-opened to the public.
Architect and ISI Florence Professor Franco Pisani, in collaboration with Hut Creative members Alberto Becherini and Andrea Borghi, redesigned the square which leads to the ‘Citta’ Alta’ with its ‘Mura Venete’, the old city walls listed as a UNESCO world heritage site.
The project’s main goal was to give greater visibility to the buildings facing the square: the Accademia Carrara Museum and the Gamec Gallery. The ‘piazza’ is paved with a local gray stone called ‘Pietra di Sarnico’, especially sourced from a local quarry and with traditional cobblestone paths.